How it Began – Part III: Chicago Once Again 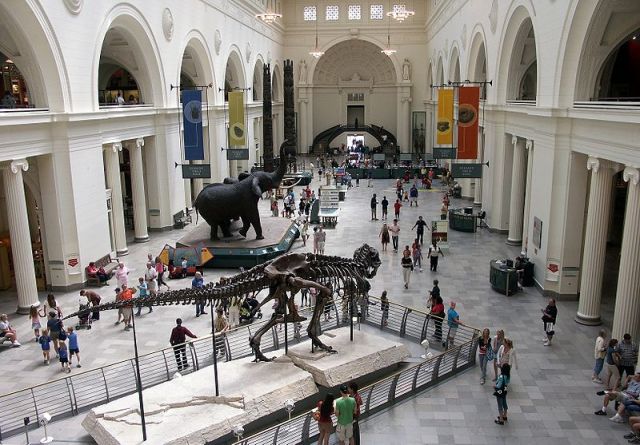 This is the third entry in my ME/CFS “origin story.” Here are Part I, Part II, and Part IV.

Seven months into my marketing job at the California Tree Fruit Agreement, I was headed to Chicago for the second time in two months.

I had been hired the previous fall for my experience in category management and natural foods retail. And the CTFA role was truly my dream job – working on a favorite agricultural product (peaches, plums, and nectarines) with an almost entirely family-owned grower base. Because the organization was so small – under 20 people – I had the opportunity to do everything from writing, to analysis, to project management, to overseeing research, to meeting regularly with growers, to teaching the basics of category management.

It was the last of those tasks I was on deck for in Chicago. I was to arrive a couple days early, planning to finalize the presentation I was going to give the reps as well as finish assembling the retailer data I was going to hand over to them for their use. After the meetings were over, Chimp was to meet me there so we could spend a couple days in the city together. When I went to go up to my room after checking in, I realized I was feeling rather dizzy as the elevator ascended. That’s odd, I thought to myself, I was dizzy the last time I was here too.

I sequestered myself in my room and spent a couple of long days at the desk, ordering room service and takeout, and only going out to hit the hotel gym. One of those times, I got into one of those little competitions that sometimes happen on proximate equipment…the guy next to me and I upping our speed in tandem. It wasn’t really fair – he had probably eight inches on me – and I found myself flagging as the timer ticked up. It was to be my last normal workout.

The presentation went off without a hitch. I got some great questions and was roundly good-jobbed. We finished our meetings. Chimp arrived. Our first free morning, we were planning to go to the Field Museum. We both have a special fondness for museums, having grown up within reach of the Smithsonian. That morning, I took a shower, but when I got out, I felt utterly compelled to lay down on the bed, exhausted. I’d been working a lot, and I was fighting a cold, but this didn’t seem right. After an hour and a half, I got up, put my makeup on, and out we went on the El. We spent a couple hours checking out the museum.

We were in the gift shop when it happened – a sudden, furious blast of vertigo. The world pitched and yawed violently around me, ceiling rapidly and continuously exchanging place with floor. I grabbed the arm of a chair to keep from falling. This really was weird. Because I was feeling too weak and dizzy to continue walking around, we went to the street and got a cab back – unlike me when there was the possibility of a walk on a beautiful spring day and mass transit to take advantage of.

At dinnertime, still exhausted, I said, “Why don’t we just order in? I’m too tired to go out.” Chimp says that’s when he knew something was really wrong. A whole city full of phenomenal restaurants, and his foodie wife didn’t care what was for dinner, as long as she didn’t have to go out. We never ordered in. But we did, and I fell into bed.

The next day I found myself again exhausted in the morning, but we managed a little bit of shopping in the afternoon. That evening, we managed to head out for dinner. Sitting in the restaurant after ordering, I said to Chimp, “I have this feeling that something awful is going to happen.” While he didn’t pooh-pooh my concern, he tried to be reassuring. I had to admit he was right – I didn’t know something awful was about to happen, but I had an ominous sense of foreboding, the origin of which I couldn’t discern. We were to fly out the next morning.

On the first leg, from Midway to Phoenix, Chimp and I were in the very back of the plane. I had never been a great flyer – I was an okay one, but I always tried to get seated near the front. I didn’t like the claustrophobic feeling of all those people in front of me. Approaching the Rockies, we hit a few bumps and the fasten seat belt sign came on. Crap, I thought, looking up at the illuminated symbol, I hate rough air. Crossing the Rockies had always been my bugbear. Moments later, the bumps turned into lumps, and then into mild jolts. The captain ordered the flight attendants into their seats. That’s never good news, I thought.

The jolts got stronger, and stronger still, and the plane got very, very quiet. I couldn’t bear to be jostled around sitting up, so I pulled my tray table down and hung onto it. We took a few big dives that felt uncontrolled, which made people scream. The captain came on and said he was going to try to get to some smoother air several thousand feet down, and he headed there in a hurry. I’d never felt such a sharp descent in flight. Diving while jolting, the turbulence didn’t improve at all. I was in a blind panic at this point.

The captain came on again, and told us that we would reach smoother air in eleven minutes. Eleven minutes? I thought to myself. I can’t possibly endure this for another eleven minutes. But what other option did I have? I stared at my watch’s second hand. One minute. Two minutes. Three minutes…

Sure enough, at ten minutes and thirty seconds, the turbulence ceased as quickly as it had begun. But my anxiety was still at a fever pitch. I said to Chimp, “I don’t want to get on another plane at this point. Let’s just get a car in Phoenix and drive it.”

“It’d be a two-day drive, Joc. It’s only a couple more hours flying.”

I sat and stewed in my soup of adrenaline. Why was I so crazy anxious? This wasn’t like me. I had the occasional panic attack, but this was different somehow. Chimp, too, was confused. He expected that the smoother air would bring smoother sailing for me. But I just couldn’t seem to calm down, and the anxiety had left me feeling completely drained.

Somehow, Chimp got me on the second leg of the trip, and by Thursday evening we were back to our place in California. I left my suitcase for another day and dropped into bed.

This entry was posted in ME/CFS and tagged Chicago, Chimp, how it began. Bookmark the permalink.

15 Responses to How it Began – Part III: Chicago Once Again